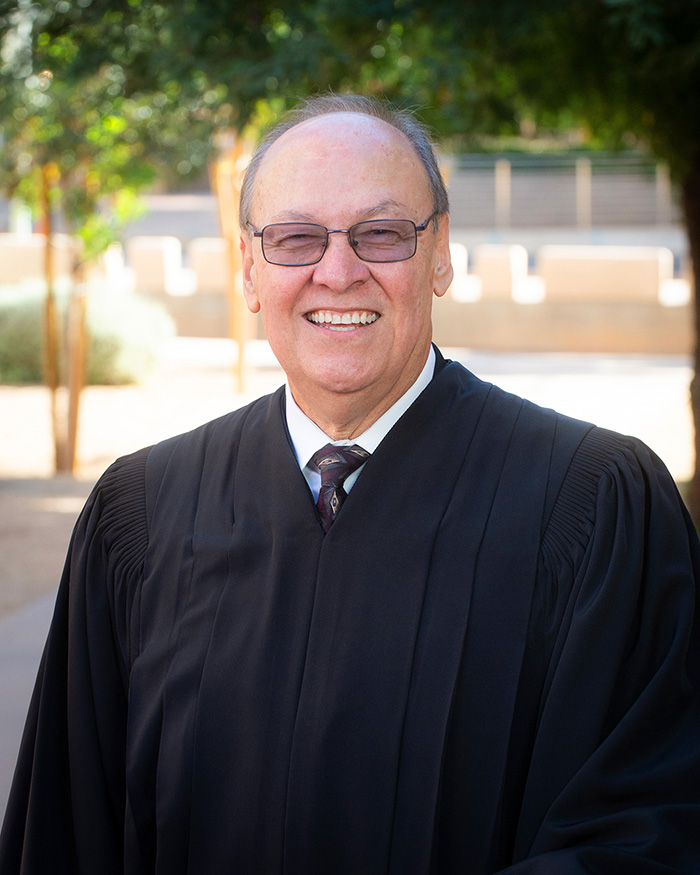 Judge Enrique Medina Ochoa was appointed as Justice of the Peace for the Downtown Justice Precinct in July, 2017. He comes to the Justice Courts with an extensive background in Arizona and most recently served as the Executive Director of the Arizona Fair Housing Center, which works to eliminate housing discrimination. He has also been the Town Manager of Tusayan, AZ, and City Manager for Arvin, CA. Medina has a Bachelor’s in Political Science from Stanford, a Master’s in Administration of Criminal Justice from Arizona State, and attended the University of San Diego Law School.

Judge Medina and his wife Claudia have raised three children in Arizona. Upon taking the oath of office, he said, “I will try to do my best to serve the residents of Maricopa County and be just, be equitable, and most importantly to be fair.”