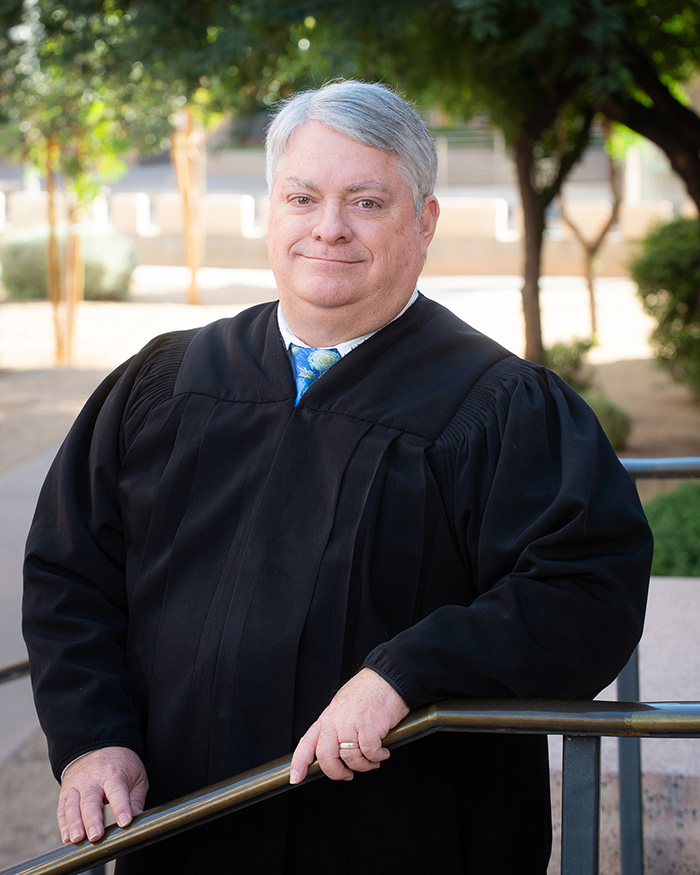 Prior to his appointment, Judge Williams was the staff attorney for the Arizona Commission on Judicial Conduct. While there he represented the commission in seven formal public cases against judges and helped review more than 500 ethics complaints against judges throughout the state of Arizona. He has also served as a staff attorney for the Department of Veterans Affairs Regional Counsel's Office in Phoenix.

Judge Williams began his legal career in the United States Air Force, where he served as a Judge Advocate General or "JAG." As an Air Force attorney, he prosecuted and defended criminal cases and served as a medical law consultant. Judge Williams retired from the Air Force Reserve as a Lieutenant Colonel.

Judge Williams is actively involved in efforts to improve the judicial branch. He served on committees that wrote the Justice Court Rules of Civil Procedure, the Rules of Procedure for Eviction Actions, and the rules for the Constable Ethics, Standards, and Training Board. Judge Williams is a faculty member for the Arizona New Judge Orientation Course and also served on the Arizona Supreme Court’s DUI Case Processing Committee.

In June 2019, the State Bar of Arizona award him the Justice Michael D. Ryan Award for Judicial Excellence. Along with two other judges, Judge Williams received the Chief Justice’s 2015 Strategic Agenda Award for Enhancing Professionalism within Arizona’s Courts. He was named the 2013 Arizona Justice of the Peace of the Year.

He has also been involved in community activities for several years. He is active in the American Legion and at the First United Methodist Church in Glendale. Judge Williams volunteers as a trial judge for the high school Arizona Mock Trial Tournament and as a Law Merit Badge Counselor for the Boy Scouts. His articles have appeared in various legal publications, including the Arizona Attorney magazine. He also writes a monthly newspaper and magazine column.

Gerald A. Williams, Possible Collateral Consequences of Same-Sex Marriage:  Is Freedom of Religion Being Redefined to Mean Only Freedom of Worship? 9 Ariz. Summit L. Rev. 229 (2016)

Gerald A. Williams, How Do I Chart That? Some Practical Recommendations, 15 Federal Practitioner 29 (February 1998).

Note, Military Law:  Should Military Personnel Be Court-Martialed For Offenses That Are Not Service Connected?, 42 Okla.L.Rev. 116 (1989).